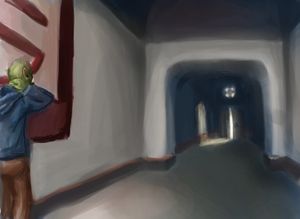 We found a door. It was epic.

MultiQuest was an attempt to create a spontaneous, long quest authored by several people. The idea behind the quest was such:

Unsurprisingly, the quest died somewhere within the first 25 updates.

Authors who took part in MultiQuest before it died (in order of first appearance):

For all intents and purposes considered a failed experiment.