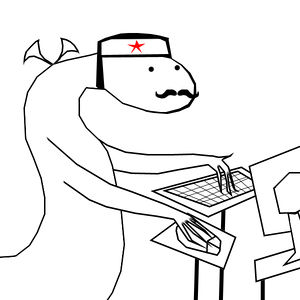 A man of mystery and intrigue. His identity is the best-kept secret of our nation. His powers of deduction are a phenomenon.

Tends to have his body stolen, both on IRC and otherwise.

He has created several quests, all of which have collectively blown the minds of /quest/, in a totally platonic way, honest. Occasionally co-ops quests with Drgons.