A little kobold named Cheelop flees a destroyed home village, and shortly after the protagonist is unexpectedly (and forcefully) recruited to a long-standing camp of hardy kobolds. 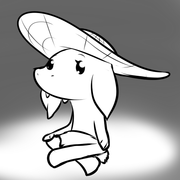 Our slightly vacant protagonist. Aspires to be a ninja wizard doctor. She soon discovers her entire life is a vast network of lies and secrets, starting with the fact that she is not in fact alive at all.

Terrible Secrets: (In order of discovery) 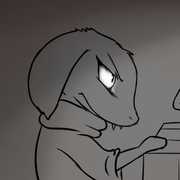 Terrible Secrets: She is part gnoll due to being fed an Essence of Gnoll potion to counter an infection of Gnoll Blight. 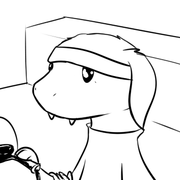 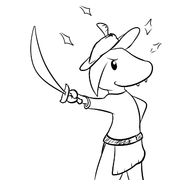 Gallant bold with a neat hat.

Terrible Secrets: Owns the hat of the original Chee as a family heirloom. (Pretty minor, really.) 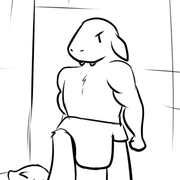 Chop at his dojo

Chop is huge! And mighty!

Terrible Secrets: Something is up with his massive size and strength, though nobody knows what. 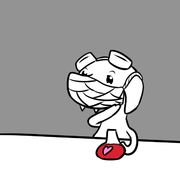 An alchemist who lives in the kobold camp. Goes by 'Til'.

Terrible Secrets: She somehow knows how to create the ludicrously powerful love potion invented by Minci. 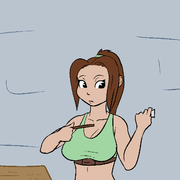 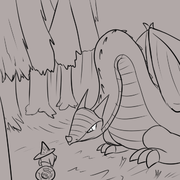 A dragon whom Chee lived with for some time. 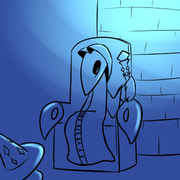 One of the liches who tried to usurp the Lich King and had his soul stored in Chee. He has been plotting unsuccessfully against the Lich King for quite a long time, but surrenders to Chee when she destroys the body he was planning to use to separate their souls. He is kind of of nice aside from the fact that he has almost no qualms about killing people to further his goals. 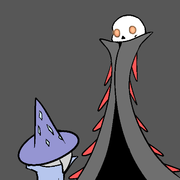 One of the liches who tried to usurp the Lich King and had his soul stored in Chee. He is much more violent than Lokirm, and attacks basically the entire world once his rival has been killed. 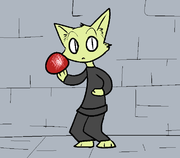 An undead cat-person who was granted a mind and various powers by the lich who animated him. He is rather bumbling, and has a strange obsession with eating things.

Terrible Secrets: After eating an unstable artifact, he becomes The Devourer (later known as Tom) 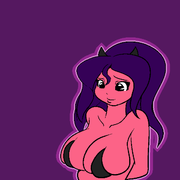 A succubus who specializes in illusions and alchemy. She invented an incredibly powerful love potion.

Terrible Secrets: She used Derrick in her plan to destroy Lorkim's device because it was too dangerous. 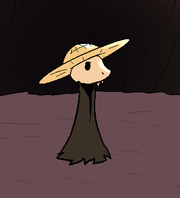 The Lich King is the most powerful lich known to exist, despite the efforts of several other liches.

Terrible Secrets: The Lich king (by the start of the story) is actually the original Chee, who became the Lich King as part of a quest first to kill necromancers, and then to kill the gods. 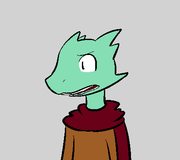 An impulsive young kobold whose love Lily was kidnapped as a slave by Lord Shup.

Terrible Secrets: None. Apart from the fact that both he and the entire world he is in might or might not be a sleeping deity's dream. 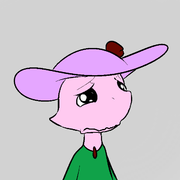 The love of Kip's life. She is a fairly ordinary kobold who is enslaved by Lord Shup. 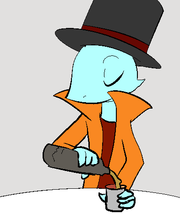 An arrogant acting noble who is smarter than he first appears. He has an odd habit of enslaving other kobolds and marrying them, and intends to do so to Lily. 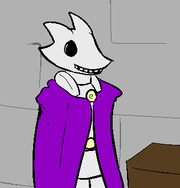 Both one of the oldest dragon knights and possibly the only friendly one. He is assigned to watch and guard Fen when he is an arena contestant.

Terrible Secrets: Kip is the king's brother, who was killed by the king in an arena fight, but kept from dying by the war god. 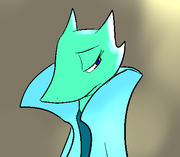 An ambitious kobold who is friendly, but not above betrayal to achieve her ends. 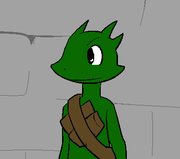 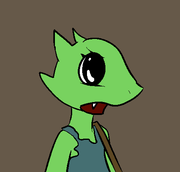 A kobold with a strange name. She is also a fence and information broker.

Terrible Secrets: She doesn't have any herself, but she does buy and sell such secrets for a living. 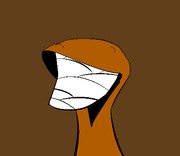 A mysterious and somewhat crazy prophet, missing for years. 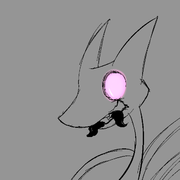 The god whose dream is the world; when he awakens, the dream ends. All the mortal souls in it are his creation.

Terrible Secrets: All the other gods had forced him into sleep because they thought he was totally irresponsible.

Appearances by the cast Inside the Quest. Essentially one big Epilogue best read after you've completed the quest and the bonus chapters.