A quest by Cirr. What starts as a journey for the truth turns to a quest to of save the world, in a world fraught with ancient mystery and dangers from beyond the stars.

Discontinued due to the plot becoming too overwhelmingly convoluted for even the author to make sense of. He is, however, considering eventually making a new quest that reuses the races.

Teteke is a male cenesu of unspecified age from the town of Rillford. Naturally curious, he was confused about the recorded history of Terea being only a fraction of the time it has been populated. Believing the town council was part of a conspiracy to erase the records of the past, he left in pursuit of the truth. Eventually his journey lead him to Conduit Tower Seven, where he became linked to the Thousandfold.

Teteke is dedicated to finding the truth behind Terea, regardless of what it may be. He's very knowledgeable about the world around him and it's history, at least the parts that haven't been concealed. He wears a lab coat for an unspecified reason. Some of us have taken up calling him Tacobird.

Seilea is a female seltwil mage adept living in Southfort, and host to the Thousandfold and Ir. She wears a red robe, as seems to be standard issue for the mages of her academy. She had a premonition of the Machine invading Terea and eradicating the cenesu, seltwil, and umbral. She is just friends with Lesin. Typo calls her Doveface.

The third protagonist. He's an umbral, and host to Th. Th stated he's done something to make him immortal. Also, Mewix.

Us. Myriad voices that traded their memory for all of Truth's knowledge. Bound to intelligent creatures, has aided both the Golden Empire and the Machine scores of times. Known as Anomaly 259 to the Machine.

The Undeniable Terror of the Absolute Truth

A stand up guy. The incarnation of Truth itself. Trades knowledge for stuff. Known as Anomaly 33 to the Machine, and Opus 15 to the Golden Empire. Recently began having some adventures with the unidentified character (referred to as ???) from Narus' Quest.

A trio of magical beings created by the Golden Empire.

First Guardian Essence, Aspect of Perpetuation. He doesn't agree with the state of the Golden Empire, and has some large scale plan that uses us in some way. He told us to do "What [we] believe is right."

Leader of the Machine's invasion force. We slaughtered pretty much everyone she cared about and destroyed her city. Whoops.

A friend of Seilea's, also a seltwil mage, now a Master. His ancestors stole something from Truth.

Teteke finds an ancient golden tower and touches a magic crystal hovering in the air. This causes the Thousandfold (us) to be bound to him. He stumbles across a craftkind that talks but shouldn't and it chases him into an elevator. He goes upstairs, touches a different crystal and starts hearing more voices. Au suddenly appears and berates the Thousandfold for existing.

The Thousandfold talks to Au, who reels off some exposition before sending us back to Teteke, plus one artifact. Teteke struggles with the craftkind again before breaking it, and goes up to the top floor of the tower just in time to see the end of the world as we know it.

We talk to someone who we apparently killed all their family and friends and we don't remember. Go team!

Seilea wakes from a nightmare about Machine soldiers coming to kill her. Then it happens! She and Lesin beat them, though, and then they meet Teteke. Also Truth shows up at one point.

Bird-like creatures with a strong natural curiosity and an affinity towards science and investigation. Though flightless, they have powerful legs and are capable runners. They lack a strong potential for harnessing conventional domains of magic.

Lizardish creatures with a strong affinity towards magic. Have tealish spines along their backs and tails that tend to glow with a strength proportional to the magic charged by the seltwil in particular.

Shadowy creatures. Not a lot known about them yet.

Golden machines inset with shiny metals and gemstones, with a dome-like body, twelve legs underneath, six arms at the perimeter and a bunch of eyes around the sides. Contain a lattice of kaier crystal within them. It's not known yet as to what this is actually for.

The only structured nation on the world known so far. Consists predominately of cenesu and seltwils.

An ancient empire formed by humans who ended up falling into an alternate universe or something. They found kaier crystals, got into space and had a bunch of other races join them. Then the met the Decatur and Sserred, and bad stuff happened.

A collective of species that were enslaved and slaughtered by the Golden Empire for the kaier that was part of their biology. They rebelled against the Empire and have been fighting a massive war since.

The kaier-minded. Seem to make up the Seekers we've met.

The kaier-blooded. It's unknown if we've encountered them yet.

A town that has been able to hold onto it's gold and jewelry from craftkind attacks.

Two towns north of the mountain range. Predominately made of cenesu.

A location spoken of by the craftkind. They are trying to take Teteke there.

A homeworld of the Machine. The thousandfold was responsible for an attack on it once.

Cyan crystals able to store energy and release it as magic.

Nine mysterious gold towers arranged in a circle around Terea. Their exact purpose is unknown, but involves causing a Resonance which will use the life energy of everything on Terea to do something. That something probably isn't creating a body to trap Truth in. 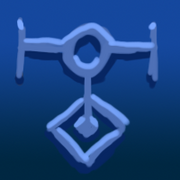 The domain of making something out of nothing. 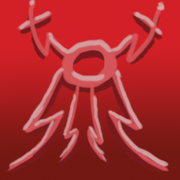 The domain of making something into nothing. 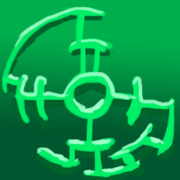 The domain of making something do or become something else.

The domain of analysis of existing magic.

The domain of countering and nullifying existing magic.

The domain of "well I'm absolutely sure I have no idea what's going to happen if I do this" magic.

The Machine categorize magic instead by the race that uses it, split up as so:

Magic used by the decatur, such as the seekers that Seilea and Lesin fought. The spells cast in were not specified, but had a variety of effects. Known functions:

Magic used by the sserred. We haven't seen any yet, but it's stated they have a form of Blood Magic.

Appearances by the cast Inside the Quest. It is hinted at that Truth may be, or have once been, the Truth from Through the Chaos.